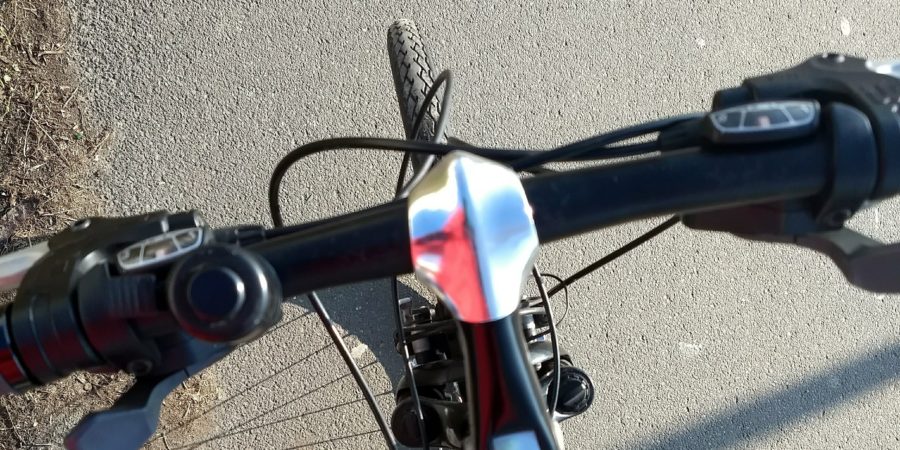 For some people this may not be special.
But for me it was as I did it at the end of the week.
For me going to work by bike means to cycle 17 kilometers up and down some hills. And as I am not used to ride the bike for such a long time this is not easy.
The weather was supposed to be sunny and so I thought this is a good idea. But I did not expect it to be so windy.
I started my journey in the city and so I had to go up some big streets. But I got a new view of Frankfurt as well because I saw parts of it where I have never been before. The sun was shining and I explored the place where I am living and working and a lot of space between those two places.
There were moments where thought I should just jump into the next train but then there was this point where I knew, this is the last chance to catch a train, afterwards there is no train station close anymore. But i did not jump in the next train and so I had to do it.
For me it was my bike and me and my iron will to do it.
As the GPS told me to go up a hill I thought “no way!” – and I could not even see at the beginning how steep it was. On top of the hill there were windmills – for a reason. It was extremely windy. But thanks to the good weather the view was amazing..
At some point there I realized where I was and so it was easier because I knew I am nearly there.
When I arrived at work I was not tired, which was surprising for me. I was happy and full of energy.
Sometimes you have to do it and tell yourself that you are able to do it – and then you can do things which first seem to be impossible for you.

This error message is only visible to WordPress admins

Error: API requests are being delayed for this account. New posts will not be retrieved.