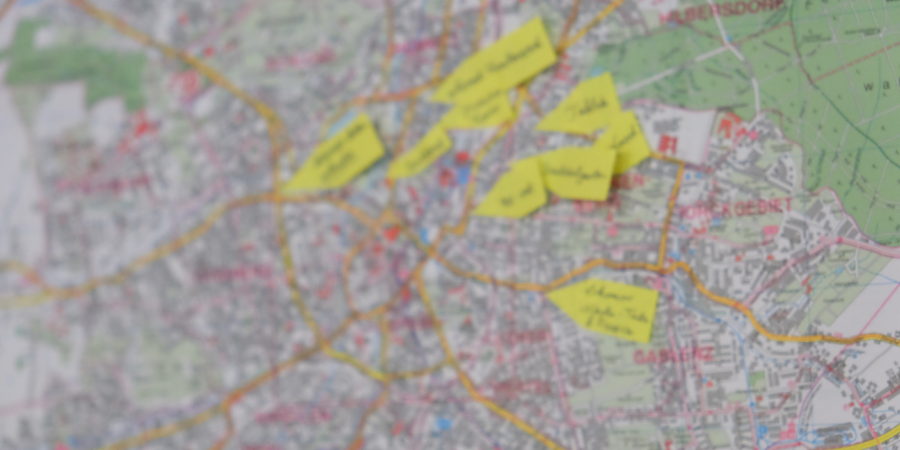 With the beginning of October a new chapter of my life started – studying at university. Well, first, orientation week started.

Orientation week at my university meant getting a lot of information, meeting a bunch of new people and first of all: being a bit confused all of the time.

But let’s start with Monday. First we had introduction from our student association followed by another introduction from students of our study path. Here was the first possibility to get in contact with other freshmen. After this we were all a bit confused. Not because it was bad but because we had to do so much stuff like inscribing for the courses and even for the language courses (therefore the inscription had partly started in the morning so for some language course this information was too late for us).

In the evening the fun began: we were divided into several small groups of ten people and explored the pubs of the city.

On Tuesday we got more new information on the campus tour. It was rainy, windy and cold so it was not very pleasant. But it is important to know where the most important things like library, student association, examination office,… are.

In the evening there was a cultural evening with plenty of time to get to know your fellow students and even student from other study paths.

Wednesday was a national holiday in Germany but in the evening there was still a barbecue for freshmen. And again time to get to know others and have fun.

On Thursday we had another introduction after a brunch. This time it was held by our professors. Beneath some knowing how our professors look like we also got new information. Especially that we have to read a lot. 100 pages of scientific text in one week? Normal life.

To be honest: this scares a little bit. This kind of text is not easy to read. We do have quite a lot of free time in our studies but getting along with reading is going to be hard (first).

In the afternoon there was a ceremony for all the new freshmen from the university.

On Friday there was a guided tour through the city. Students showed us their favorite places. It was a sunny and warm day – golden autumn – and interesting what you can do in the city. There are many projects such as urban gardening, reading cafés and many more. It made the city look more interesting to me.

Although we got so many impressions during the orientation week, it was good to go there. Not only because of the needed information how to organize your start at university. But also to get to know other people. I am completely new to this town and so I hardly know my flat mates (at least one of them). It is nice to meet other people who are interested in the same things and are new to they city as well.